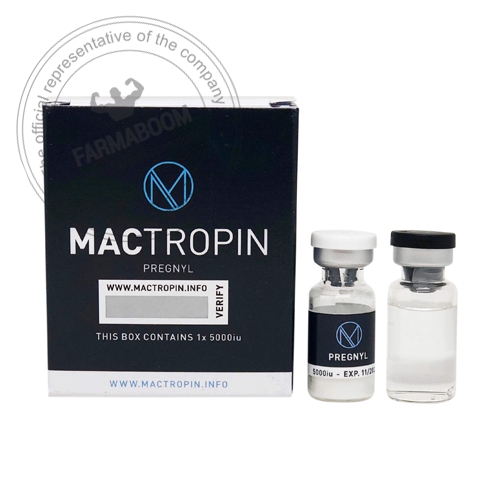 Pregnyl, also known as Human chorionic gonadotropin, belongs to a group of medicines called gonadotrophins (sex hormones). It controls the release of eggs from the ovary in women, and controls production of the male hormone, testosterone in men. HCG is a hormone that is naturally produced during pregnancy. The hormone is produced by the placenta of a pregnant female and is essential for healthy pregnancy in humans. The hormone may be derived from the urine of pregnant females or created in a lab using recombinant DNA.

Pregnyl is most commonly used by bodybuilders who wants to combat hormonal suppression and to prevent the shrinking of their testicals, this will occur when using anabolic steroids. Pregnyl keeps LH and FSH cells active during the steroid cycle and when users come off, they will recover faster.

Pregnyl works best when used during cycle but it can be used after cycle. When using it after cycle, users must be use pregnyl before they are starting with nolvadex/clomid.