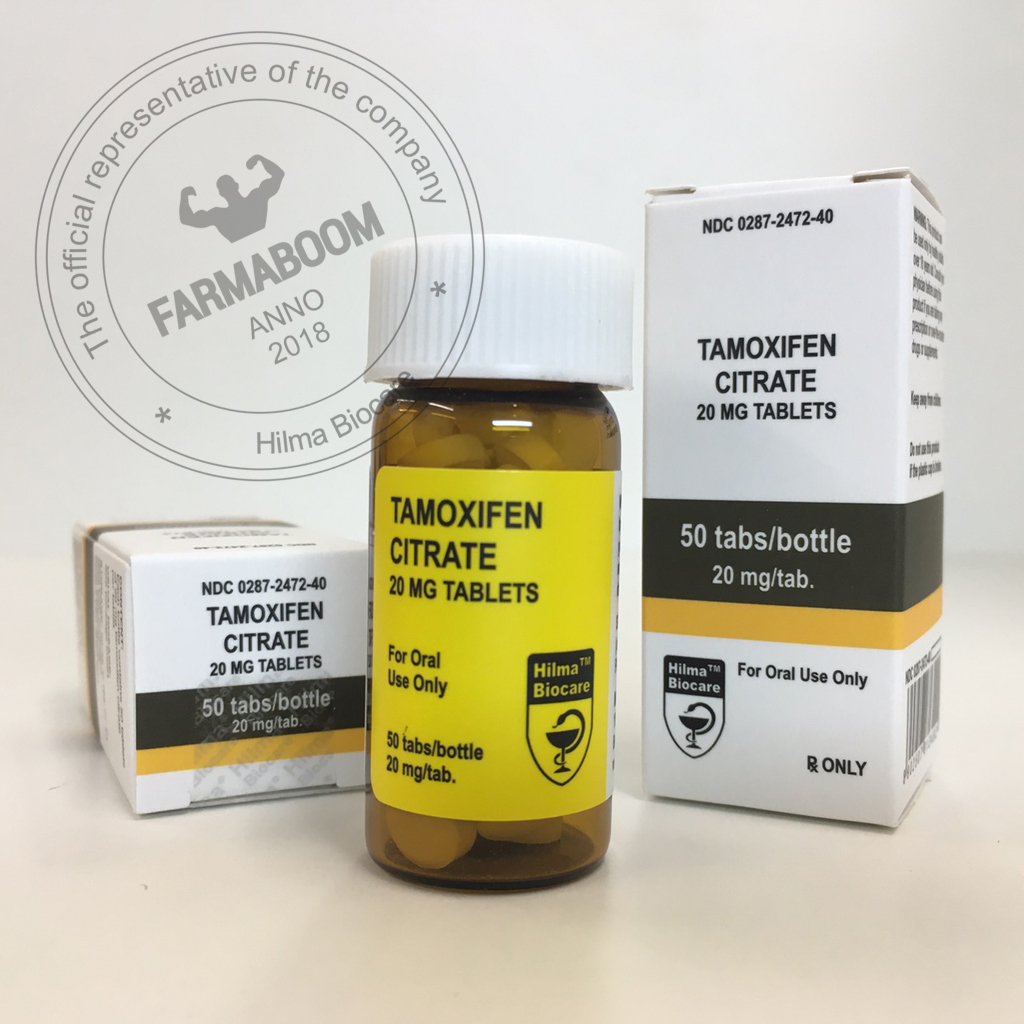 TAMOXIFEN CITRATE is a nonsteroidal agent that has demonstrated potent antiestrogenic effects related to its ability to compete with estrogen for binding sites in target tissues.

High Blood Pressure: Rare (not normally attributed to the drug itself)

Tamoxifen Citrate is a drug commonly referred to as an anti-estrogen. This would suggest less or no estrogen is produced due to the drug’s actions as in the case of Teslac. Actually, Tamoxifen Citrate is an estrogen antagonist, meaning it competes with estrogen at estrogen receptor- sites. This prevents the active estrogen from entering its receptor and creating an estrogenic complex capable of activity. Since many AAS aromatize (covert to estrogen) to some degree, the control of feminizing side effects (males should pay attention here) is important. Males normally have a very low estrogen level.

During AAS cycles, due to aromatization, estrogen levels rise considerably. This elevated estrogen level can cause feminizing side effects such as increased fat deposits, water retention, and gynecomastia (growth of breast gland tissue and painful tumors under the nipple). As a rule, it is more the ratio of androgens-to-estrogens than the simple increase in estrogen that actually initiates feminizing side effects.

It is important that the reader realizes that Tamoxifen Citrate does not decrease estrogen production and that it simply blocks estrogen receptors. For this reason the sudden discontinuance of Tamoxifen Citrate will allow the increased level of circulating estrogen to merge with the newly freed receptors and do feminine things to the body.

“Enter Proviron”. At the end of a steroid cycle, the body’s natural testosterone production can be impaired. Due to the aromatization of the AAS estrogen levels are significantly higher than normal and Tamoxifen Citrate only helps by blocking the estrogen receptors. If an athlete abruptly ends an AAS protocol without regeneration of the HPTA under these conditions, much of the hard earned gains would disappear due to estrogen becoming the dominant hormone. So what did the boys (that didn’t want to be a girl) do?

Proviron is an anti-estrogen that helps to prevent estrogen production while elevating androgen levels. During the last week of an AAS cycle, some male bodybuilders began a HCG protocol and administered 25-mg Proviron/10-20-mg Tamoxifen Citrate 1-2 times daily. This was commonly noted to almost completely suppress post-cycle estrogen and its activity. Since Tamoxifen Citrate increases the body’s own testosterone production, as does HCG, much of the cycle gains were retained quite well.

Tamoxifen Citrate has a direct effect on the hypothalamus and therefore increases the release of Gonadotropic hormones to a minor degree. (The hormones that tell the Leydig cells in the testes to produce androgens such as testosterone are refereed to as Gonadotropics) Many added Clomid to their post-cycle stacks beginning 6-10 days after HCG and continued for the average reported two week duration. In most cases the result was athletes with normal (or above) sex drive and androgen production!

Tamoxifen Citrate was normally layered into any protocol utilizing high aromatizing steroids such as testosterone, Dianabol, or those that are progesterone receptor stimulators such as Anadrol-50. Those who were prone to high fat deposits, water retention, and gyno consistently reported inclusion of Tamoxifen Citrate. Many are were to obtain excellent estrogenic activity suppression with only 10-mg daily while others noted the need for as much as 60-mg daily (20mg 3 times daily). The best results and guidelines were obtained by starting low and increasing dosages only when necessary.

It is important for the reader to realize that AAS must have some estrogen present in order to achieve their full positive potential effectiveness and provide the best commonly desired results. This is why many AAS lose their anabolic qualities when combined with anti-estrogens.

It is also why Methandriol magnifies the effects of the same AAS. Those who used high anabolic/moderate-low androgenic steroids such as nandrolones, Primobolan, or Winstrol, and did not combine them with high aromatizing steroids (such as testosterone) often considered not using Nolvadex during cycles the best choice when increased mass was the primary intent.

Women who used Tamoxifen Citrate usually did so because it aids in fat loss due to less estrogenic activity. I have yet to see a female compete whom was able to achieve truly cut legs with out it. Women athletes often combined 10-20mg of Tamoxifen Citrate with 50-75mg Proviron daily for the last few weeks of dieting. Due to availability of Clenbuterol, Proviron dosages were reported lower as of late, at least in female fitness competitors.

Women should be aware that birth control is an estrogen and Tamoxifen Citrate will block its effectiveness. Women have note irregular menstrual cycles, weaker menstrual bleeding, and sometimes skip periods all together during Tamoxifen Citrate use. I know several women who use Tamoxifen Citrate for this reason and can not say I disagree with their choice. After all, the use of progestin type birth control as a means of regulating or even stopping menstruation is becoming accepted in the medical circles at last.

A few athletes have experienced a paradox when using high dosages of Tamoxifen Citrate. Instead of lowering estrogenic activity, it increased it. What happened was that the Adrenal glands went into over drive producing a pro-hormone called DHEA. DHEA is actually an adrenal androgen normally secreted in lower levels. As circulating levels increased enzymic factors came into play.

Research shows DHEA readily converts into androstenedione, and to some extent, estrogens in males. (That sucks!) The female endocrine system usually favors testosterone production from converted DHEA or androstenedione. The newly formed estrogen then overwhelmed the estrogen receptors blocking the intended qualities of Tamoxifen Citrate. In this case, Proviron, and especially Teslac where notably better choices.