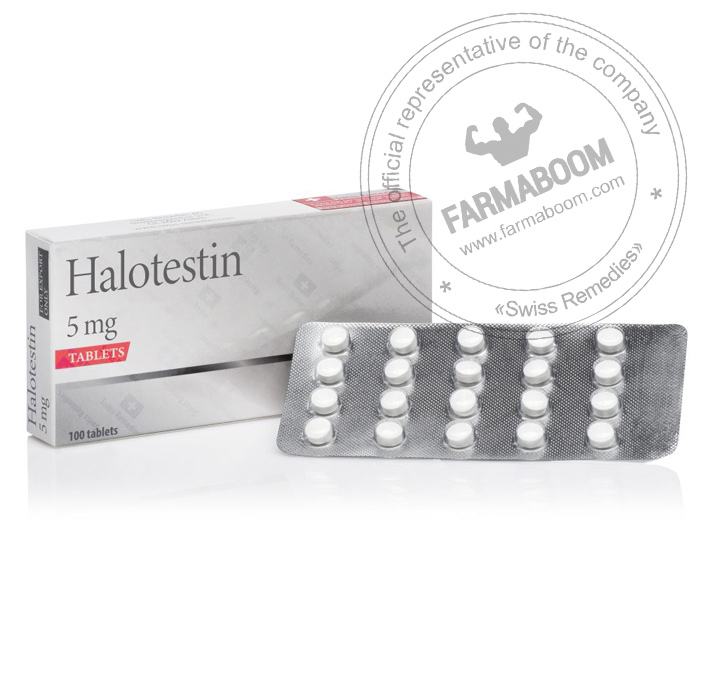 Halotestin Fluoxymesterone is one of the most powerful oral anabolic steroids. It helps to increase strength without the extra weight gain caused by fluid retention.

Halotestin Fluoxymesterone, commonly known as “Halo”, is among the most powerful oral anabolic steroids available. Reports show that Halotestin is 20 times more anabolic and almost ten times more androgenic than the testosterone. It is also more powerful than Anavar.

Halotestin Fluoxymesterone, commonly known as “Halo”, is among the most powerful oral anabolic steroids available. The reports show that Halotestin is 20 times more anabolic and almost ten times more androgenic than testosterone. It is also more powerful than Anavar.

Although it was originally created for medical use to help boys with delayed puberty, it is now commonly used by strength athletes. Using Halotestin leads to a rapid increase of strength without weight gain due to water retention. This happens because this compound has no estrogenic activity. The intake of Halotestin also leads to increased energy and aggressiveness.

The use of Halotestin for bodybuilding is rampant. Bodybuilders use it as a hardener and as a steroid during a slimming period, but the side effects of Halotestin can harm them. The compound must be taken in moderation as it is toxic to the liver. Another negative effect of Halotestin is the rapid increase of red blood cells in the body, which has many harmful side effects.

In order to avoid the adverse effects of Halotestin, the dosage should not exceed 40 mg per day and should not be taken for more than four weeks at a time. Some weightlifters and power athletes take 10 mg of Halotestin before training and take the rest of their dosage during the day. This is a good strategy since the half-life of Halotestin is short : six to eight hours.

Here is an example of a cycle using Halotestin: take Halotestin 20 mg per day in combination with 20 mg of Cardarine and nine capsules of N2Guard. The correct application of this cycle and the understanding of Halotestin profile helps to avoid its adverse effects such as jaundice.