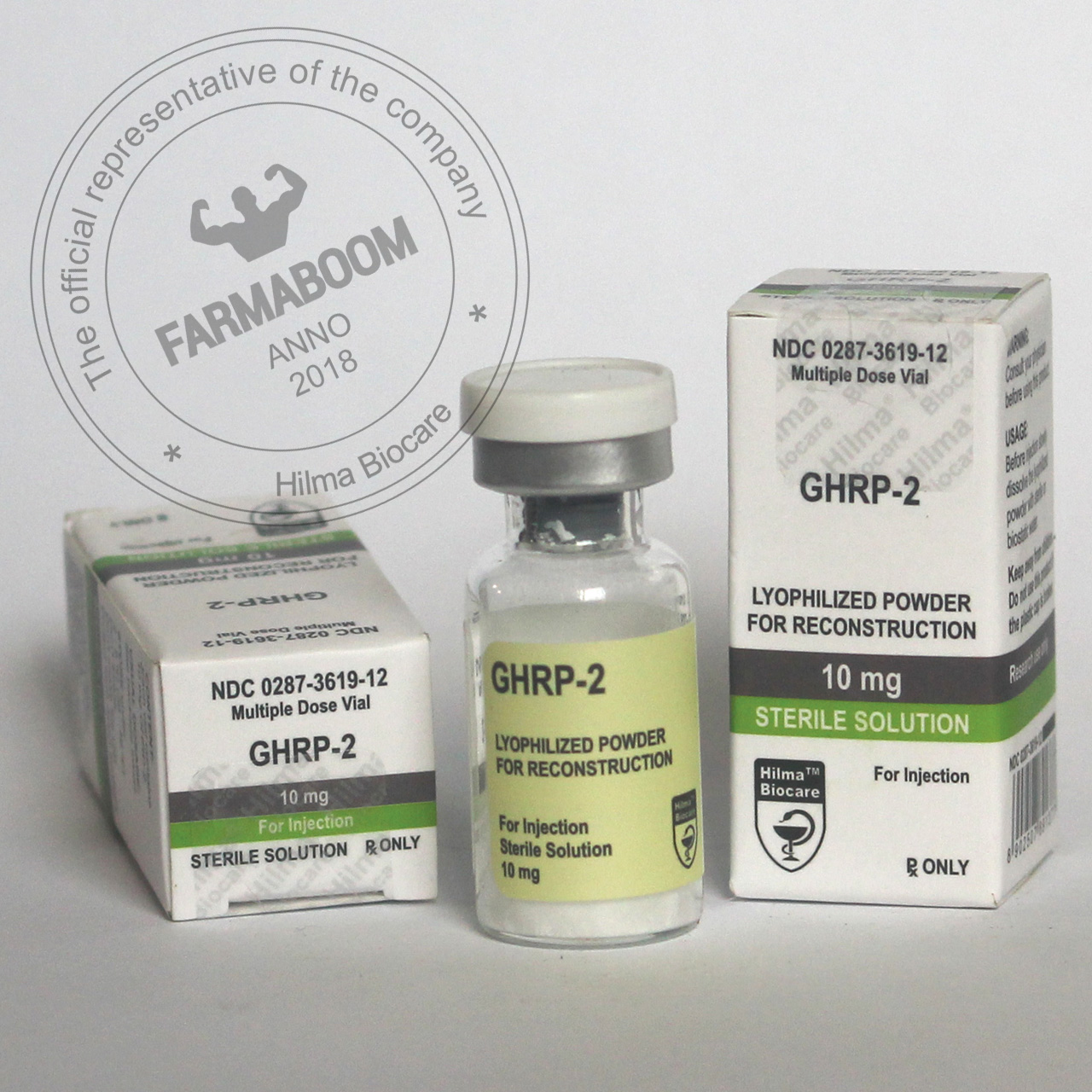 GHRP-2 is one of the best stimulants somatropin (growth hormone HGH) currently, while the combination of GHRP-6 and GHRP-2 leads to a synergistic effect and even better the achieved level of GH.

GHRP-2 significantly stimulates the natural production of the natural endogenous growth hormone in the pituitary.

Info: GHRP-2 (Growth Hormone Releasing Peptide 2) is a growth hormone secretagogue of the hexapeptide class. Sharing many similarities with GHRP-6, GHRP-2 is the first in this class of hormones, and in many circles, is considered the better choice between it and GHRP-6.

As ghrelin is released, the body becomes hungry. GHRP-6 is well known for causing extreme increases in appetite, which may or may not be a problem depending on individual need or goals. GHRP-2 will release the same ghrelin in the body, but should not do so in a way that promotes such a significant increase in hunger. Some increase in appetite is unavoidable, but GHRP-2 does tend to have a far less impact on appetite than GHRP-6. In short, GHRP-2 aids in the promotion of natural GH production in the body, which carries with it numerous performance as well as health benefits for the user.

GHRP-2 has demonstrated in labatory tests that it is very effective at stimulating Growth Hormone production.

AMOUNT OF WATER TO MIX

Most people will prefer to mix peptide with bacteriostatic water also you can mix it with sterile water or with sterile saline The only thing that will change with the differing amounts of water is the amount you have to inject to get a certain dosage. We recommend mixing 1ml of water per 2mg of peptide.

Make vial temperature same as the room temperature, afterwards  mix it smoothly using rotary moves (don’t shake) adding your preferred liquid. Try to not put liquid straight on the powder, better if liquid will flow through the walls of the vial.

DOSE AND RANGE OF USING

Standard cycle is 6-12 weeks
2-3 times / daily , 1st injection-after training, 2nd injection 15 minutes before meal and 3rd injection on the evening before sleep
1-2 mcg / kg of human body per one injection (100-200mcg per injection)
Better to start with lower dosing, about 50mcg/inj. and slowly increase…
Some of proffesional athletes can inject up to 1000mcg per time. But we recommend to stay under 200 mcg per injection

GHRP-2 has demonstrated in laboratory tests that it is very effective at stimulating Growth Hormone production.

Here is the main effects:

Usage of this peptide can come with elevated levels of cortisol and prolactin, especially if users are dosing in the higher ranges – over 200mcg/injection.

Current peptide can be mixed with Growth Hormone Releasing Hormone (GHRH) such as PEG-MGF or CJC-1295 and others stimulators of growth hormone like arginine, GABA and glutamine. 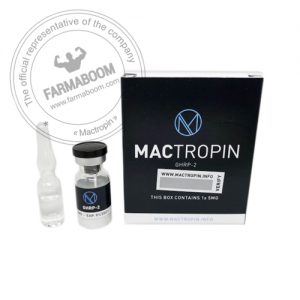 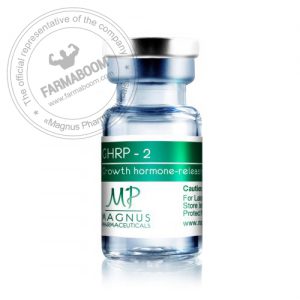